Ariel Castro was born to Pedro Castro and Lillian in Puerto Rico. He was an infamous kidnapper of the millennium. In his entire life outside captivity, he pleaded guilty to 937 criminal activities, including Murder, Rape, and kidnappings. Two movies, including one documentary, have been made to showcase the life story of Ariel. He abducted three women and kept them captive in his house. In addition, he subjected these women to routine torture, abuse and starvation. His deeds portray that he is a psychopath! His parents were divorced when he was in his initial years. He hanged himself to death in his detention cell at the rehabilitation centre. 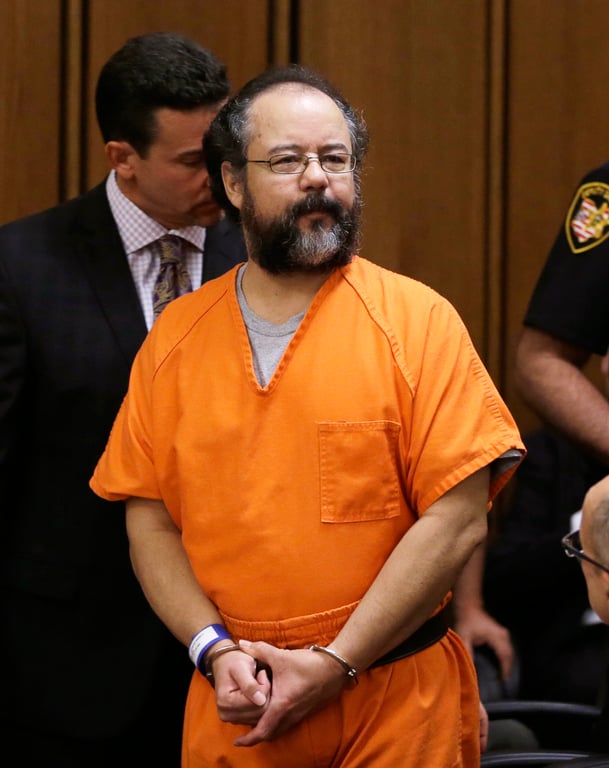 Ariel Castro is a notorious kidnapper. On May 6, 2013, he was arrested for the abduction and torture of three women. After one month of serving his tenure, he hanged himself with the prison bedsheet. He was declared dead shortly after. All his three victims are settled in their own lives. He was a psychopath with a probable condition of sadism!

Is there a movie based on Ariel Castro?

How many years did Ariel Castro get?

Castro was charged with rape, kidnappings and aggravated murder. So, he was given life imprisonment with 1000 years in prison without any chances of parole.

How did Ariel Castro die?

Ariel Castro was sentenced to prison without a probability of future parole. Within one month in captivity, he hanged himself to death in the detention cell. While hanging, Castro used his prison bedsheet. As soon as prison staff found out about the incident, they conducted CPR. He was pronounced dead soon after he was taken to the hospital.

What is the name of the movie about Ariel Castro?

The Cleveland Abduction is the movie made on the series of Ariel Castro’s kidnapping cases. The movie featured Raymond Cruz as Ariel Castro, Samantha Droke as Amanda Berry, Taryn Manning as Michelle Knight, Katie Sarife as Gina DeJesus, and Pam Grier as Carla.

How are Ariel Castro’s victims doing?

The victims of Ariel Castro are now free. They overcame the trauma and moved on to settle their own lives. Knight always dreamed of getting married, and she got married in 2016. She also planned to open a restaurant. In 2015, DeJesus and Berry received honorary diplomas from John Marshall High School.

Where can I watch the Ariel Castro documentary?

The documentary on Ariel Castro is available on Discovery+. The series dates back to the year 2021. The documentary is a non-fictional series of the abduction case. It was made on the basis of a series of interviews with the victims, their families, and the other witnesses.

How long was Ariel Castro in jail before killing himself?

After completing a month in the detention center. At the time of his death, Castro was 53 years old. The prison staff found him hanging, but it was too late to save him! Castro was booked on May 9, 2013, along with his two brothers. They were suspected to be Ariel’s accomplices

Berry finally hit the jackpot on May 6, 2013. She finally managed to escape with her six-year-old child. With the help of some of the neighbors, she managed to get out of captivity. In addition, she also rescued her two fellow captives, Berry and DeJesus.

Where is Ariel Castro’s house?

Ariel Castro’s house was demolished on August 7, 2013. It was the place where he held the three women as captives. The aunt of DeJesus started to demolish the residence by swinging the crane. In Google maps, the house is completely blurred. On the eve of demolishing the house, Knight handed yellow balloons to the spectators who were the symbol of the missing children.

Who is Ariel Castro?

Ariel Castro is a psychopath. He abducted three different women and let them stay captive. Besides, he was also accused of incessant rapes, physical abuse, and murder, as the physical torture led to the multiple miscarriages of the captives. He was finally arrested on May 9, 2013.

Where is Ariel Castro buried?

Castro was cremated shortly after the doctors declared him dead. After an autopsy of his body, Franklin county coroner Jan Corniak declared that the reason for Castro’s death was a mere suicide. All the treatments failed to revive his life after he hanged himself.

Did Ariel Castro have a family?

Ariel had two brothers: Onil and Pedro. They were also accused of a series of similar crimes. However, after loads of investigation, cops did not find any proof of their involvement in the incident. Thus, they were eventually released. There is not much information regarding his family.