Born on September 25, 1968, TV star Will Smith is very popular in the Hollywood industry. Smith has a net worth of $350 million. The 54 years old actor started his career with the sitcom The Fresh Prince of Bel-Air. His tall height (6 feet 2 inches) is oh so aTo date, his acting and rapping profession has made way for awards like Grammy and Academy. Will is also popularly known by his stage name, The Fresh Prince. Currently, his movies have made a worldwide collection of $ 9.3 billion. Hence, he is one of the most bankable stars in Hollywood.

Will Smith Age, Height, and Weight

Will Smith Wife and Open Marriage

Will Smith Son and Daughter

Jay Leno and Will Smith

Jay Leno has complimented Will Smith as a “good guy”. According to him, he has shown some real anger. After sharing his opinion with the news media he said that the most disturbing to him was the obscenities that happened post-incident. Leno has further added that the assault was the most recorded one in history.

until this happened. Will Smith went to the stage and slapped the host Chris Rock across the face. Rock was then announcing the Best Documentary Feature.

Later, after bagging the Academy Award, Will Smith apologized to all the members and the nominees of the Award but Rock. However, the next day, he did seek an apology from Chris Rock and the Academy through a written statement on social media. The host remained perturbed by the incident and completed the show.

Smith faced a probable expulsion or suspension from the Academy. Thus, he decided to resign on April 1, 2022. He is banned from the Academy events for the upcoming 10 years, effective from April 8, 2022. After this incident, social media also came crashing down with a mixed bag of reactions. Some supported the star, while in most cases, he was back-lashed.

In an interview with Trevor Noah, Will Smith recalled the slapping incident. This was the first time he opened up about it since the incident. On the other hand, Rock has hinted about it in many of his stand-up shows. Smith was appearing on the show to promote his Apple TV movie, Emancipation. He broke down for a moment over the slapping incident and made it an emotional interview. 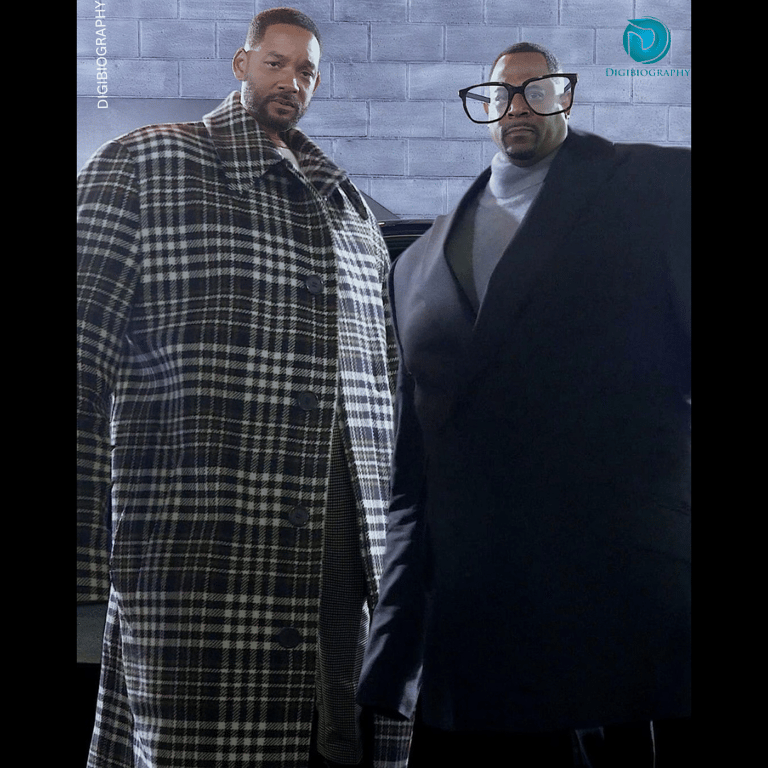 Smith was often fodder for the memes. We can often see him in various memes circulating over the internet. The icing on the cake was the slapping incident at Academy Awards 2022. The actor and rapper ended up giving a new meme, and the internet can’t keep calm, The incident made the event name “Slapgate.”

He has two Oscar nominations in his entire career. Will Smith has bagged an Academy Award for Best Actor for his performance as Richard Williams, the father and tennis coach in King Richard.

With his goofy smile, he has won millions of hearts across the globe. Some of his most famous works are:

His outstanding excellence in the field of acting was not limited to the movies but also in TV series such as:

Will has launched his memoir named Will. The entire content was written with the help of Mark Manson. After the Oscar incident, his book witnessed a drastic increase in sales. Since its debut, it has ruled the no. 3 positions and now landed in the Top 150 Best Selling Books of US list. The book gives us an amazing experience of his journey through the film and the music.

Will Smith’s Net Worth 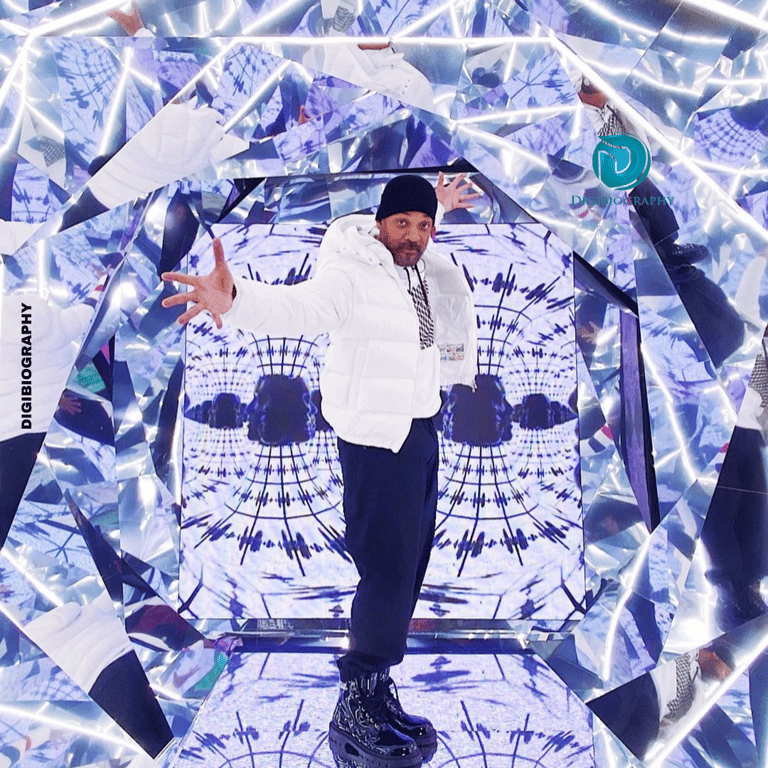 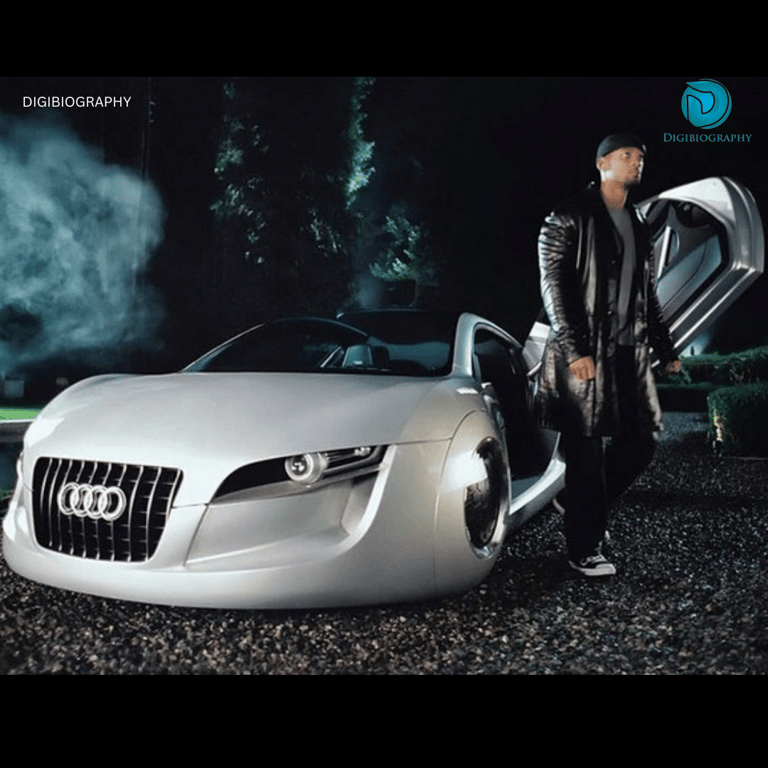 It’s pretty amazing. In 1998, Smith and Jada began their real estate collection journey. They acquired a magnificent property of 8,000 square feet worth $ 937,500 in Bryn Mawr, Pennsylvania.

Will has over 60 million followers on his Insta handle. Lately, he made a comeback on his social media with a horrific video of a tarantula. He left the social world after the Academy slapping controversy about Chris Rock.

Will Smith is a multi-millionaire star. In his entire career, he is known to have set several world records for his famous movies. The Fresh Prince of Bel-Air was the leading man in films like Men in Black, Bad Boys, Independence Day, etc. His rapping performances have also won him four Grammy Awards. Thus, he is a multi-verse of talents.

Where is Will Smith from?

Who is Will Smith?

Will Smith is one the greatest Hollywood stars of all time. His highest-grossing movies in Hollywood have made him the highest-bankable star. The celeb has entered the Guinness Book of World Records for appearing in 3 premieres in just 12 hours. Besides, he is a rapper who has four Grammys for his performance.

How old is Will Smith?

Will was born on September 25, 1968. He is currently 54 years old. He has set several world records for his famous movies and rap songs throughout his career. He started rapping at just the age of 12 after his grandmother discovered a diary of lyrics and left a note to motivate her grandson.

How tall is Will Smith?

His good physique and tall height have garnered more attention from his fans. Will Smith stands at 6 feet 2 inches. His childhood was an extraordinary one as he attained his present height at the age of 13. The Men in Black star has a wide physique with a bicep of 16 inches.

How much is Will Smith worth?

Will Smith has a net worth of $ 350 million. He earned money from movies and other sources from a few brand endorsements, etc. Besides, the celeb has a luxury collection of cars and several palatial houses. From Hawaii to LA, he has brought houses worth millions of dollars.

How many Oscars does Will Smith have?

Will won an Academy Award for Best Actor for his role as Richard Williams in the biopic King Richard. Before this, he was nominated several times for the Academy Awards. However, in 2022, Smith was banned from attending the Academy Awards for 10 years for his furious behavior toward Chris Rock.

Why did Will Smith hit Chris Rock?

Smith could not keep his temper in control in the Academy Award as Chris started a joke about his wife Jada’s baldness. The incident infuriated the actor, who walked on stage to slap Chris across the face. While returning to his seat, Smith also shouted profanity at the comedian.

What happened to Will Smith?

The star faced a ban from the Academy for 10 years after the incident. He received flak across social media as the internet came crashing down. However, on the contrary, some even hailed his act. Will took to his social media the next day and issued a written apology to Chris.

Where is Will Smith now?

He shares a posh house with his wife, Jada Pinkett, in Calabasas’ star-studded neighborhood. The house where he resides with his wife has a value worth $ 42 million. It took 7 years to complete the construction. The 150 acres property is so massive that it has its postcode.

Who did Will Smith slap?

On the eve of the 94th Academy Awards, Will Smith slapped Chris Rock, the comedian, across the face after a joke involving Jada Pinkett Smith, his wife. The incident took place while the ongoing Academy event was on. Chris, after the slap, was calm throughout the show and completed it with grace!

When did Will Smith slap Chris Rock?

Will Smith slapped Chris Rock on stage during the 94th Academy Award, which was held in 2022. The slapping incident became a piece of hotcake news throughout social media with mixed reactions from the netizens. While airing the show on US TV, the portion of the incident was muted but the uncensored footage leaked on social media.

What happened between Will Smith and Chris Rock?

Smith could not keep his temper in control at the Academy Awards as Chris started a joke about his wife Jada’s baldness. The incident infuriated the actor, who walked on stage to slap Chris across the face. While returning to his seat, Smith also shouted profanity at the comedian.

Who is Will Smith married to?

Sheree Zampino and Will Smith tied the knot in 1992. The couple got a divorce after a few years in 1995. Two years after a divorce, Will married Jada Pinkett, whom he met at one of the auditions of one of his projects. They are the ideal example of a unique marriage as both have the liberty to pursue extra-marital.

What happened to Will Smith’s son?

There was speculation that Jaden Smith, the son of Will Smith, had died in a car crash. The viral news circulated on the social media handle till it appeared to be a hoax. Because the singer later tweeted that he is in the pink of his health.

What religion is Will Smith?

Will was born in a Baptist household. As a child, he attended a Roman Catholic School. In a 2013 interview statement, he said that he is not religious. He witnessed the divorce of his parents at the age of 13.

How much does Will Smith weigh?

He measures 82 kg. Coming to his body measurements, it is 42-33-36. In addition, Smith’s other significant physical feature is his bicep size which is 16 inches. His good physique and tall height have garnered more attention from his fans. Will Smith stands at 6 feet 2 inches.

What did Denzel Washington say to Will Smith?

Denzel revealed that he had given some moral lessons to Will shortly after the slapping incident at the Academy Awards ceremony. He said he alerted Will not to fall for the devil who comes when a person is at the highest peak of success.